What The MTHFR? Unlocking the Key to Over 60 Common Illnesses

Well, it’s a very important part of our DNA, not that there’s an insignificant part! MTHFR is an enzyme that is responsible for the process of methylation in every cell in your body. MTHFR is a common genetic variant that causes this key enzyme in the body to function at a lower than normal rate.  This can lead to a variety of medical problems. Methylation is a core process that occurs in all cells to help your body make biochemical conversions.  When people with genetic mutations in MTHFR are exposed to toxins, they have a harder time getting rid of them which can cause some very serious illnesses. Here’s the full article here…It’s a very good read and not too long! So, why is this important for me to share? Read on to see if my story helps you with your health struggles.

For most of my life I’ve struggled with chronic fatigue, insomnia and depression. When I was growing up there were circumstances that played a role in my level of anxiety, but there was enough stability that I should have been able to sleep well. The insomnia increased as I got older. The fatigue stinks because I love to be active. I love hiking, biking, repelling, exercising and all kinds of outdoor activities. It is always hard to do all the things I want to do because of the fatigue. I’m frequently in a mental fog. The depression comes in varying levels at different stages of my life. Sometimes it’s due to circumstances and sometimes not.

In the last 5 years all of these symptoms became almost unbearable. I’m a mother of three amazing children, and I have a very fun and supportive husband. My food sensitivities are a chore, but I’ve really gotten them down to a science, so they’re not that hard to live with anymore. Most of the time it doesn’t affect my emotions negatively at all. I home school my children, sing in the youth worship band, do art commissions, exercise regularly, and laugh with my husband and kids A LOT!  Home schooling isn’t as stressful as it sounds, and I really like it and I have a great time with my kids. I’ve also learned how to manage that job and now two of my three are old enough that they do most of their work independently. I have a full and blessed life, so why all the insomnia and depression?

5 years ago I began having insomnia so bad that I would only sleep for a few hours and then be wide awake for 3 or 4 hours. By the time I went back to sleep I only had a couple more hours to rest before starting our day. At first, I had a decent amount of energy, as my adrenals would kick into overdrive. But, after about a year, I began to get run down and the depression kicked into high gear. I sought 3 different doctors who all ordered blood work. One of them also ordered an adrenal test, neurotransmitter test, as well as, a stool test. They all agreed that I needed B12 and vitamin D in a huge way. The problem was when I tried taking them I had worse insomnia, irritability, bruising, itching, diarrhea and chest pain. I had an EKG done and it was normal, but I continued to have chest pain. The doctors were stumped! None of them had an answer until finally a year ago one of them suggested that I have a DNA test that would indicate whether I had an MTHFR mutation. He didn’t explain it much, but said that if I had any DNA mutations they would play a huge role in this incessant insomnia, fatigue and depression.

Through much research I learned that MTHFR mutations lead to all kinds of very common health issues. According to MTHFR.net not only do they contribute to chronic insomnia, fatigue and depression, but they can also lead to cardiovascular disease, MS, thyroid issues, mental health issues like bipolar and schizophrenia, IBS (which I was diagnosed with 23 years ago), chemical sensitivities (which I also have), asthma, autism, Down’s syndrome, Spina bifida, fibromyalgia, epilepsy, Parkinson’s, Alzheimer’s, colon, breast and rectal cancers,  and many more disorders and diseases.

These mutations are highly genetic, of course, so I ordered the test for me and my family.  The test was easy and inexpensive through 23andme.com. The results showed that I have 10 DNA mutations. My husband and children have more than that! At first, I was pretty alarmed, but quickly learned that almost half of the population has DNA mutations. Here’s a great article that sums it up quite well from Metabolichealing.com.

The next thing I had to do was learn how to treat my specific needs. The doctor that led me to this test wasn’t sure exactly what to prescribe because I react very quickly to tons of supplements and prescriptions. His first recommendation was to take Methylfolate and Methyl B12. Again, when I tried them I had increased chest pain! As I continued to research and look for the right products that didn’t have too many ingredients or fillers, I came across something called TMG. It was a recurring ingredient in the supplements recommended for MTHFR, so I looked further into what it is. I’m happy to say it was the answer to the chest pain. TMG stands for Trimethylglycine and it’s a major player in the methylation cycle. TMG is specifically for cardiovascular health, so I immediately tried adding it to my protocol. Within 30 minutes of taking it all my chest pain was gone!

The problem with B12 and vitamin D were another mountain to climb, but I was able to learn what I needed in order to stop the bad symptoms I was having from those supplements. First, I learned that in order to process B12 the body makes something called Intrinsic Factor. Some people don’t produce enough of it to absorb B12 properly, either through diet or supplementation. I found a B-Complex that contains Methylfolate and B12 along with Intrinsic Factor. It was a winner and I no longer had a hard time with B12.

Now on to the Vitamin D. Some of the fatigue and depression were brought on by low vitamin D levels. Again, I researched and found that in order for the body to properly absorb vitamin D there has to be enough magnesium. I was already getting a good deal of minerals in my daily green smoothie, but I was still lacking enough magnesium. As soon as I started using Natural Calm at night I no longer had a hard time taking Vitamin D.

In the last year I’ve found the most knowledgable and helpful doctor I’ve ever had. I’m making a lot of progress. It’s a long road to find all the pieces of the puzzle, especially since I’m super sensitive to medicines and supplements. It’s impossible for doctors to know everything that you need. Our issues are very individual, so if you need help there’s a list of doctors at mthfr.net.  You may find one in your area. If not, then go to your local health food store and ask for a physician recommendation, or do a google search for someone in your area. Always do your research. It’s good to know what the side effects of supplements are, in case you have any adverse reactions. Help your doctor help you. There’s  always hope for increased wellness. Don’t give up. Don’t let the discouragement take over. Sometimes you’ll feel like you’re taking one step forward and two steps back. Just don’t give up. The basic MTHFR protocol is also found at mthfr.net, but I highly recommend getting tested and seeking guidance through a knowledgeable physician to avoid taking the wrong supplements for you.  The links I provided in this article will lead you to the right information and what to do next. It should be pointed out that your fixed, gene sequence does not necessarily guarantee you a life filled with disease,  nor does your fixed gene sequence automatically guarantee you protection from disease and illness, according to Metabolichealing.com.

If and when you get tested and find help, please leave a comment and let me know how it’s going for you.

Never walk away from Wisdom—she guards your life;
love her—she keeps her eye on you.
Above all and before all, do this: Get Wisdom!
Write this at the top of your list: Get Understanding!
Throw your arms around her—believe me, you won’t regret it;
never let her go—she’ll make your life glorious.

How To Kick The “Pop” Habit
What’s Wrong With What We Eat? 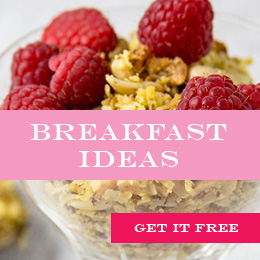 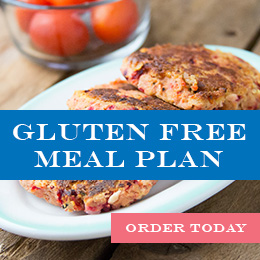 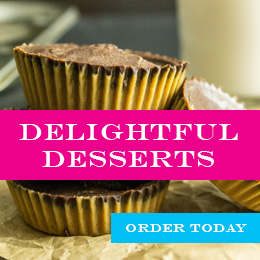 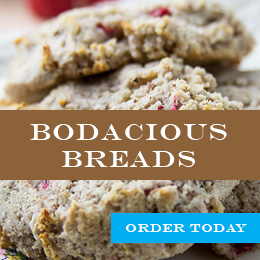